Well it wasn't the best start. A pint of beer doesn't fix it but it helps plan a fight back for tomorrow. They only got through 3&500 and were on aim for the first shot @600 at 3-30pm when the fog rolled in off the sea. They call it a Har, but it is still fog! At 5pm they cancelled until 9-30 tomorrow. The boys dropped 4 points, 1@300 & 3@500, which is back a bit with England and Australia none down and a few others 1 or 2 down. But ........a lot of shots to come yet. It’s been hot and dry here although there is a wee threat of rain sometime. I was amazed yesterday to see a bloke watering his garden!!In Scotland!!

John has had to substitute his desire for an ice-cream now and then (there is none on the range) for Scottish shortbread, of which I am fairly sure the Scott’s have stolen my Nanas shortbread recipe!! Nice. John McLaren came today to support us which was great. Jenna also shoots tomorrow, 10m air rifle woman. So we look forward to a good day. 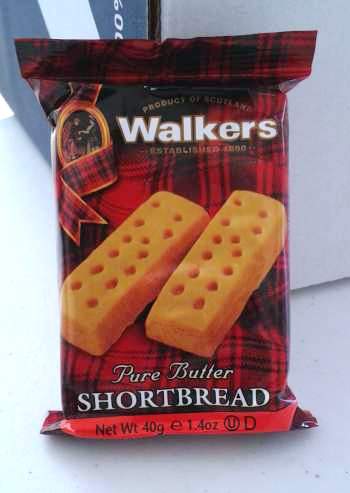 John's new comfort snack , and I umm well suppose it might be Mike's and mine as well!!